A young man, believed to be in twenties, has been caught with several mobile phones he stole from church members during church service.

Though the names of the church and suspect are unknown, the incident is believed to have happened in a Ghanaian church.

The suspected thief when interrogated by the angry church members confirmed it was something he does often.

Meanwhile, Afia Schwarzenegger who posted the video on her Instagram page has urged anyone who knows the young man or his girlfriend to tag her. 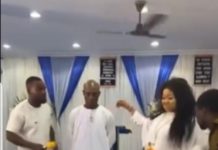 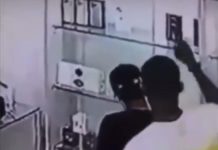 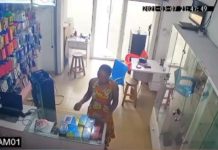 Watch how woman skillfully stole from a phone shop [Video]