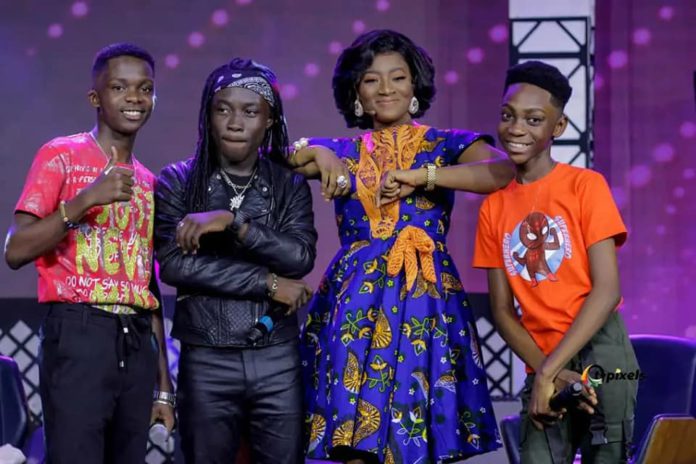 Past winners of Adom TV’s kids singing competition, Nsoromma, brought their A-game to Ahosepe Xtra over the weekend.

The winners elicited nostalgia with amazing performances as well as experiences from their various seasons.

Speaking on their life after fame, Righteous, who won the maiden edition when he was just 12 years old, disclosed he is sailing smoothly in the music industry.

He has made name and cool cash for himself with his highlife songs, typically one which features Paa Kwesi of defunct Dobble group.

Detailing his plans to penetrate the market as competition becomes tougher, Righteous stated that he is all about winning the heart of his female fans, after which he will focus on the other gender.

On his part, Victor Ampofo expressed how his experience is a roller-coaster ride. After winning the show in January 2020, he stated that he could not explore due to the novel COVID-19.

However, he managed to bag a collaboration with Akwaboah, who mentored him during the competition.

“Talent of a man makes room for him and leads him before great men,” these are the words of Abrantie as he remarks how Adom TV’s platform has earned him recognition in public.

He stated that hitherto he was just a random boy, but the Nsoromma platform has opened doors for him.

He now wines and dines with high-class persons. In summary, stardom is treating him well.