Casts of sitcom series ‘Things We Do For Love’ have warmed the hearts of Ghanaians after photo of their beautiful reunion popped up.

The thespians, who gained recognition from the movie which had fans glued to their TV sets in the early 2000s, were looking ravishing as they struck a pose.

It is believed they gathered on a set of a yet-to-be-premiered movie they are working on.

Enyonam was the only female present among five males; Aluta, Pusher, Akilla, Papa, and Shaker the Virgin Breaker.

The photo has given fans nostalgia of the times when movie content was quality and educative, rather than being filled with comedy and sattire.

They applauded the casts for maintaining their relevance in the movie industry. 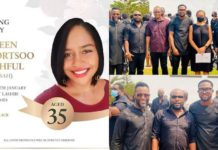 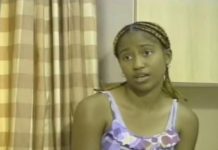 Popular ‘Things We Do for Love’ actress dead 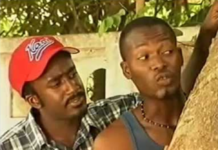 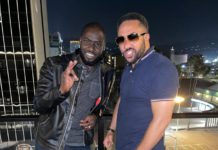 What happened during Majid’s reunion with Chris Attoh [Photos+Video]