A member of the National Democratic Congress’ (NDC) legal team, Abraham Amaliba, has described recent times as difficult for members of the party.

His comment follows the sentencing of a former Director-General of the National Communications Authority, William Tetteh Tevie, its former Board Chairman, Eugene Baffoe-Bonnie, and one other person.

Justice Eric Kyei Baffour on Tuesday found the trio guilty of causing financial loss to the State to the tune of 4 million dollars.

To Mr Amaliba, this should be the time for the party to stand strong and show forth its unity, as an appeal will be filed against the ruling.

“This is a difficult time to be an NDC member but with this situation, the unity will be more strengthened. Every member of the NDC will then know that the common enemy is the New Patriotic Party (NPP) government.

“Everyone will put his or her shoulder to the wheel and work hard to see the NPP voted out of power come December 7. This will rather unite us to fight against this despotic government,” he said.

Speaking in an interview on Accra-based Kasapa FM, Mr Amaliba stressed the party has been through a similar phase and will triumph in this too.

“This sentencing will not break or deter the NDC. We’ve gone through this before, in 2003 there was a similar incident where Kwame Peprah, Sipa Yankey, and Ibrahim Adam were jailed but NDC won the 2004 general election and came to power,” he added. 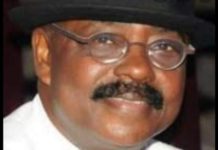 Hot Audio: ‘Irrational’ Amaliba must be forced to think – Wontumi