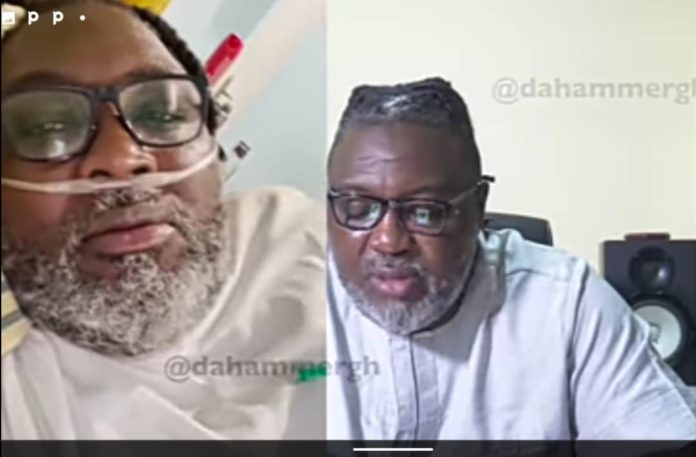 He explained it was important for him to share the video so people will know what is happening around them.

According to him, the past month has been the most difficult time of his life after he was struck by the disease which he thought was ordinary malaria.

Reliving the harrowing experience, the legendary music producer stated he took coartem as part of self-medication but the symptoms were more serious after about three days of the medication.

“I was treated a second time but I started showing serious symptoms including pneumonia, hallucination, severe cough, difficulty in breathing, headache, among others.

“I was conveyed in an ambulance to a private hospital at East Legon where I was treated of Covid in the ICU,” he recounted.

In a video he posted on Youtube, he noted he came close to death and tasted it but God saved him.

“It was at about 1:00am, and I was suffering. The bell that calls the nurses wasn’t working. So I really thought that I was going to go. My breathing became a problem. I was suffering. I had a panic attack and I actually shed a tear because I was scared.

“Listen, I was afraid so I was doing these videos because I truly thought I was going to go. I wanted to leave something behind that people could use, especially my family,” he said.

He added he was grateful some creative arts industry players and well-meaning individuals including Sarkodie, Freedom Jacob Caeser, Reggie & Bollie reached out.