An economist, Professor Godfred Bokpin, has called on the government to be intentional in supporting the growth of indigenous businesses irrespective of their political ties.

This, he believes, is the only way the country’s businesses can fully benefit from the continental featuring agreement area.

He said this while speaking at a public lecture organised by the Institute of Chartered Accountant Ghana on the theme ‘Promoting Indigenous Ghanaian Business to take Advantage After.’

Speaking at the public lecture, Prof. Bokpin said that, “one big problem while as a country; we have not been able to guarantee domestic private sector leadership is that the political elite in Ghana has been scared of a worthy or powerful indigenous private sector,” he said.

“This has manifested in the systematic profiling of the indigenous private sector. Including their political affiliation, which then influences the posture of the state in dealing with this indigenous businesses including creating a hostile environment then resulting in some of them running away from their businesses,” he added.

According to Professor Bokpin, his observation is that any government that comes into power favours its affiliate business to others which he sees as disadvantaging the national entrepreneurial spirit in the country.

“What we are observing is that every government in power its affiliated businesses are favoured to the disadvantage of the national entrepreneurial ecosystem,” he revealed. 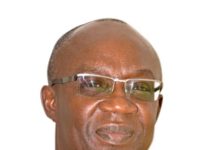