Fast-rising Ghanaian rapper, Kofi Jamar, Christened Derrick Osei Kuffour Prempeh, has opened up about his journey to becoming a musician.

The Kumasi-based singer, who clinched seven nominations in the 2021 Vodafone Ghana Music Awards, disclosed that he discovered his passion for music whilst at Asanteman Senior High School.

Attaining this feat came with rounds of difficulties due to his deprived background, previously working as a pallbearer and later as a security officer for nearly two years.

Speaking in an interview on The Delay Show, he disclosed that he used to receive GHc500.00 as salary while working as a security guard.

During this period between 2014 and 2015, he jostled with the two jobs and recording his songs in a studio in Kumasi.

The native of Bantama in Kumasi in the Ashanti Region won his first victory in a rap contest which was organised in 2016, breaking through with a mixtape in the city.

Although the mixtape yielded little returns, it gave him a taste of what he wanted, he said.

In 2018, he was signed onto Ghanaian-based Virginian record label, Gadone Records.

From a pallbearer, security man to bagging seven VGMA nominations, the Ekorso hitmaker, now lives in the affluent Trasacco area. 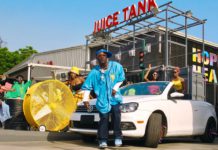 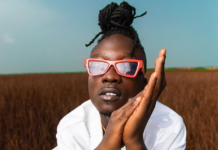