Due to increasing positive-cases of coronavirus, President Akufo-Addo ordered the lockdown as part of moves to limit the spread of coronavirus in Ghana.

The gospel musician’s assertions comes after a young man was caught filming military operations in Kasoa, a situation which did not sit well with the officers during the lockdown hours.

The angry officers, while arresting the young man, took him through some tough drills, an act Sonnie Badu considered as bullying.

In his latest Instagram post, after watching videos of soldiers molesting civilians in other parts of the lockdown zones, the gospel musician urged them to exercise wisdom and patience.

According to him, soldiers should not use this as an opportunity to bully and toss human beings around.

He urged them to take precautions of the Covid-19 illness because it is no respecter of uniform.

I really want to urge the military and the police in Africa to exercise wisdom and patience. Let’s understand that this virus has taken everyone by storm so that means it’s not going to be an overnight change. Let’s not use this to bully and toss human beings around, but help them understand the seriousness of this matter.

Also remember, there are mobile phones around that could make you trend in a bad way … And oh, pls practice social distancing amongst each other because you are not above the law and clearly this virus is not a respecter of uniform … question, what if that man you are holding has it?

Meanwhile, Interior Minister, Ambrose Derry, is assuring security officials who abuse citizens as part of efforts to enforce the restrictions imposed by the president will be dealt with.

He says one such case has been referred to the Inspector General of Poilice to sanction the police personnel involved.

Speaking to the media outside parliament house, Mr Derry cautioned members of the public to desist from spreading fake news that police and military officials have been involved in widespread brutalities.

Mr Derry has also described as ignorant the Minority in Parliament’s claim that the Covid-19 Support Fund established by the president is unnecessary. 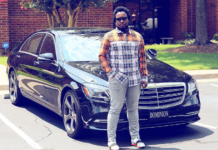 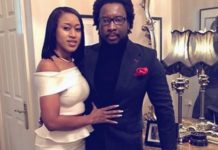