The weekend with Adom TV’s Ahosepe Xtra was nothing short of amazing as contemporary and veteran musicians brought their A-game to the show.

This was to rhapsodize about Mr Kabobo’s craft which brought a spark to Ghana’s music decades ago.

Mr Kabobo, who was billed for the show, failed to show up over an unexpected ailment, hence his colleagues thought it wise not to leave him out.

Grace Adom, who had once performed Onyame Ehu Wo during the finale of Season 3 of the Nsoromma competition, relived the moment two years on.

She rattled the song to the amazement of Mr Owusu who had no option but to join her on stage for the electrifying performance.

Their voices combined and the instrument handled by Ackah Blay was a delight to listen to and the audience did not want the moment to end. 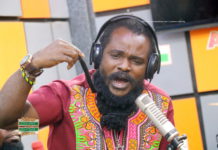 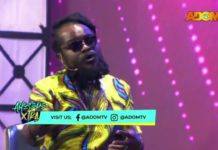 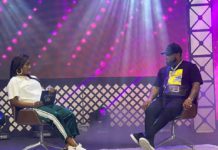