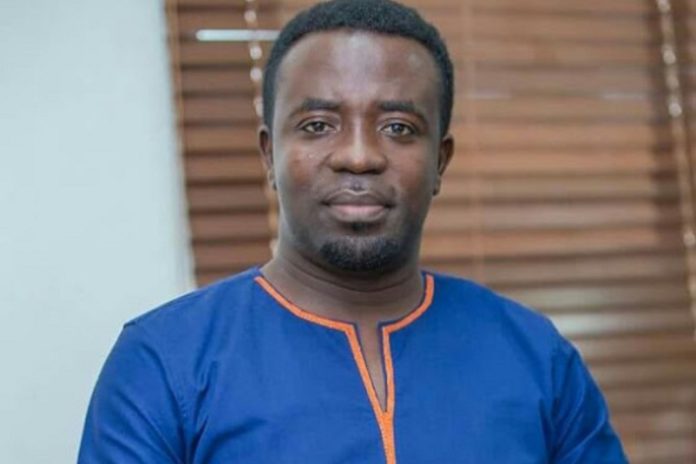 Celebrate people while they are alive – this is exactly what Adom TV’s Ahosepe Xtra sought to do when the producers invited gospel musician Minister OJ to grace the show over the weekend.

Born Michael Oware Sakyi, Minister OJ has clocked two decades in the entertainment fraternity and his songs are on the lips of most dedicated Christians.

For this, Ahosepe Xtra, hosted by the evergreen Sister Sandy, saluted him on behalf of his million audiences worldwide.

Not only did he get the honour of performing some of his tracks which shot him into the limelight, Minister OJ was also enlightened on how his songs had positively impacted the lives of his fans.

He heard the voices of his fans via comments and well-wishes when they texted on Adom TV‘s various social media platforms.

Minister OJ had goosebumps all over, while listening to Sister Sandy give a powerful rendition of his songs.

Currently, he can boast of 814 songs – both recorded and many buried in his four famous foolscap notebooks solely for musical purpose.

However, having to face oppression from his mother, to copyright infringement issue and the aged-old conversation of royalties, his journey was far from rosy.

OJ faced serious opposition from his strict mother, whose dream was for him to be an astute teacher, or even the actor he had previously wanted to be.

It took him locking his mother in his studio and saturating her with his music for her to give a nod for him to pursue his singing craft.

After the greenlight, he pursued music at Prempeh College and subsequently at the University of Ghana, Legon.

This, coupled with the special grace of God, he said has made him the talented soul-winner he is today.

The Obi Nya Wa Ye hitmaker is fortunate to be a darling boy to his fans; some splashing him with gifts, and others by way of encouragement.