Fameye’s former manager, Ogidi Brown, hasn’t gotten over the feud he had with his former signed artiste.

In his latest video he has promised to curse the singer.

According to him, Fameye has decided to forgo the terms that they made when he decided to become an independent artiste.

He explained that Fameye owes him $50,000 per the exit clause he signed with him but the ‘Nothing I Get’ singer is playing games instead of paying him off.

Fameye now you organise a family concert and a show, you have forgotten about me… Ever since I had issues with you if I try going to court, you will come and lie to me.

People keep saying they will pay… you have been tossing me up and down… you will call on big people to confirm to me you will pay but they will never do so.

Today you are playing concerts because you are a superstar. I give you two weeks. You know… the gods will judge us, 50,000 dollars is nothing for me but I will curse you at ‘antoa’. If I curse you and no one listens to my music anymore I like it. I swear to God.

I should go bankrupt and be poor right? You are riding on me to be successful. I have seen the lawyers cannot deal with this matter… I will not sit in a wheelchair for you to enjoy. 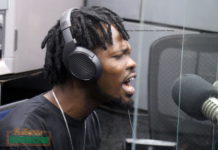 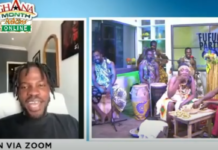 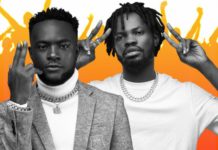 DJ Ikon and Fameye ‘Turn Up’ on new song