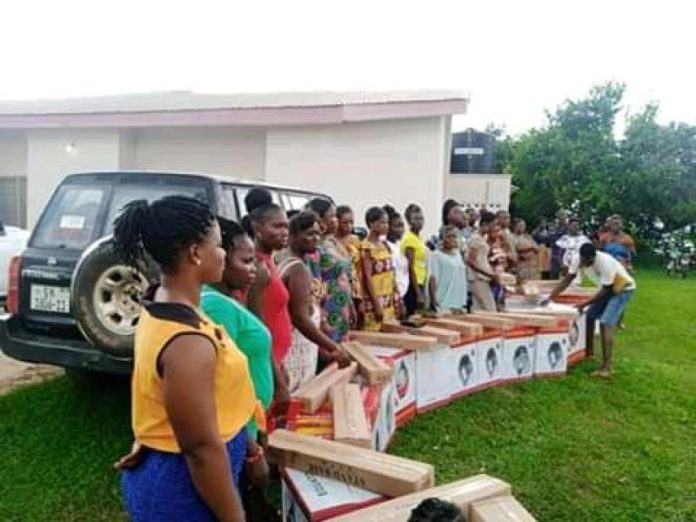 Member of Parliament (MP) for New Edubiase, Hon. George Boahen Oduro has presented sewing machines to 40 apprentices to enable them start their business.

The MP also paid GH¢400.00 each as apprenticeship fees for the beneficiaries who were selected from various communities across the constituency.

It was the second time the MP was supporting his constituents to learn a trade this year, having done similar donation ahead of the general election as part of efforts to equip the youth with employable skills.

Hon Oduro also distributed 40 hand dryers to some hairdressers to aid them to deliver quality services to their customers and also increase sales.

The incumbent MP who lost his second term bid in the just ended parliamentary election said his duty to the people did not end with his loss on December 7.

He told the GNA that until his term of office ends on January 6, he would continue to serve his constituents with passion as their representative in parliament.

Mr. Oduro made history in 2016 as the first MP on the ticket of the New Patriotic Party (NPP) to win the New Edubiase seat since Ghana returned to constitutional rule in 1992.

He was appointed Deputy Minister of Agriculture by President Nana Addo Dankwa Akufo-Addo in 2017 but failed to retain the seat for the NPP despite numerous development projects he brought to the constituency in his first term.