The highlife song steadily garnering numbers on social media since its inception has caught the attention of many music lovers.

Eddie Yank has been particularly popular in the world of acrobatics. He has toured around the world with talented acrobatic groups and won many awards.

He is a legend of acrobatics as he currently serves one of the Ambassadors in the Royal Festival hall, UK, for the street musicians and entertainers.

In the 1990’s Eddie began to produce his music, unfortunately, he couldn’t get a producer to promote his songs.

Later in 2001, he travelled to Germany with his acrobatics team to participate in Germany gymnastics festival and won the 2nd prize.

The same year, he travelled to the UK with his team and participated in London festival of gymnastics and won the 1st prize. This opened an opportunity for him and his team to tour in most parts of Africa, Europe and Asia.

Eddie is also the founder and managing director of an acrobatic company called Fanti Acrobats. He has worked and choreographed with many entertainment agencies both, locally and international.

Meanwhile, Eddie’s passion for music and acrobatic stunts began since his childhood.  He started singing in church and then later moved to playing instruments.

He lived in Mataheko, Accra, where all the children in the police band quarters learn acrobatic and dance so his passion grew from there.

He later led the church choir and a band. He trained quite a few people on how to play instruments, and vocals.

In 2008, Eddie Yank produced his first album entitled Besia Sima but due to his engagement of tours, he wasn’t able to promote it. Being artistic and entertainment inclined has been Eddie’s lifestyle up to date.

Eddie has been preparing for a long time to produce his music locally and internationally. 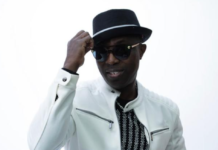 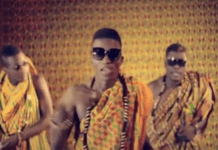