Presidential aspirants, who have been disqualified by the Electoral Commission (EC), will get a refund of their GH¢100,000 filing fees, the Commission has announced.

Head of Public Relations for the Commission, Sylvia Annor, told JoyNews this has become necessary since the said aspirants failed to meet the requirements of the Commission.

This comes after five out of 17 aspirants, who filed to contest the 2020 presidential election, were disqualified by the Commission.

The five: Kwesi Addae Odike, Kofi Koranteng, Marricke Kofi Gane, Kwasi Busumbru and Nana Agyenim Boateng were disqualified because of what the EC described as inconsistencies with their filing forms.

Their cases bothered on allegations of forgery of signatures and the manufacturing of endorsees which will be forwarded to the Police Criminal Investigations Department (CID) for further probe.

The Public Relations Officer explained that the Commission had duly engaged the affected aspirants on the issues raised before the decision was taken against them.

She added, however, that the Commission was yet to officially write to inform them about their disqualification, despite the public announcement.

“We dialogued with them as a Commission at a certain level during the period so I want to believe that the five, who were mentioned, know about the issues the EC was talking about,” she said.

She added that the CID has been drawn into the matter for further investigations to be conducted, insisting that there would be no room for appeal.

“We gave the aspirants a very ample time within which they were given the opportunity to make amends. Now we are over and done with that process and we are moving to the next stage which is balloting.

“So there wouldn’t be any opportunity for any appeal,” she said.

The other 12 qualified candidates on the other hand will be contesting in the upcoming elections. 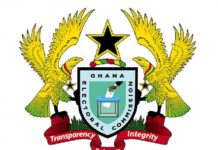 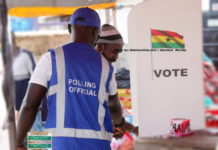