The Presiding Bishop of Perez Chapel International, Bishop Charles Agyinasare, has appealed to Ghanaians to pray against the ‘demon’ that makes politicians collapse local businesses when they win power.

According to him, over the years, many reputable indigenous businessmen and entrepreneurs have been destroyed out of jealousy and envy by politicians.

The renowned preacher said as part of his sermon last Sunday that even though he didn’t support wrongdoing by businessmen, many of the companies that have been collapsed in recent times cannot be justified.

“In this country, we have, always, out of the spirit of envy, closed down industries and businesses of our own people. Growing up, there was a man called B.A. Mensah, a builder and founder of International Tobacco Ghana limited. I will never forget when I came to Accra first and this honorable man came to my house at Adentan and asked me: ‘Bishop, can you pray with me so that my property that has been taken so many years earlier will come to me.

“JK Siaw established the first indigenous breweries in West Africa, which was taken. Years later, a very industrious man, Eddie Annan, also lost the Massai company, importers of cars. He was the representative of IBM and many other companies [but lost them] because he was perceived to be the financier of an opposition party.

“You see, those demons that possess our politicians when they get into political power is still at work today and we must exorcise them otherwise we are far from going forward. Our children’s children cannot even enjoy their inheritance and hard work,” he said.

He stressed: “Can we say that all the industries and firms we have closed under this regime were because all the people and companies were wrong? And, we could not have done anything to have preserved these companies? I have been asking myself, so, for Mr Duffuor who used to be Finance minister and one time Governor of the Bank of Ghana under whose tenure as minister we had the best economic growth rate; 14% in a particular year, was there nothing we could do with his bank?”

“What about Dr Ndoum who introduced or expanded susu banking and had more branches than any commercial bank in Ghana and more customers? …then my own Amoabeng who helped me grow my first $100,000 through investment which I gave to the church as part of my contribution towards the building of the Dome. Could nothing have been done to save those financial institutions. There are some financial institutions whose owners were rogues and careless so yes; but these ones.”

“The truth is that in Ghana, we are more tolerant of foreign companies than Ghanaian companies. We give them tax breaks for years because they are investors coming to build the nation. Some of them come with nothing but our banks will give them loans. Our local firms can’t compete because we do everything to stifle them”.

Both Dr. Kwabena Duffuor and Dr Papa Kwesi Ndoum lost their banks through a financial sector cleanup triggered by the Finance ministry following the victory of the New Patriotic Party in the 2016 polls.

Both are in court fighting the decision. 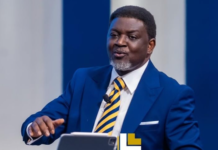 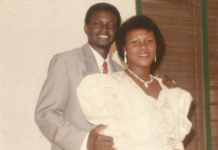