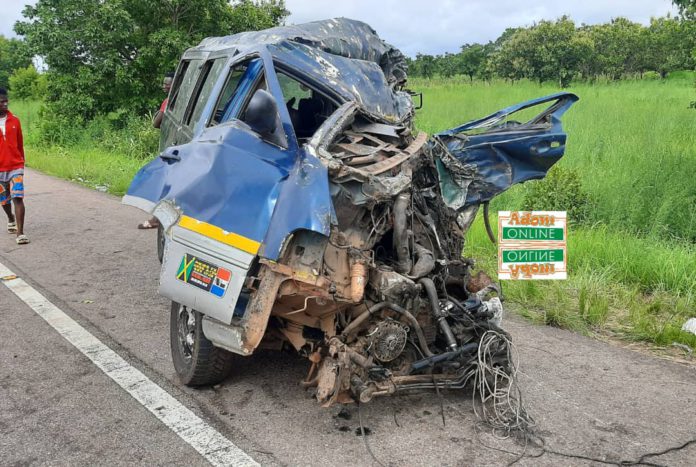 The driver of a Samyoung mini bus with registration number AS 1763-13 has died with three others in critical condition in a fatal accident at Buipe.

The accident occurred on Thursday morning in a head-on collision with a cargo truck with registration number NR 2173-A.

The truck was loaded with goods heading towards Tamale.

The injured have been identified as the deceased’s mate together with the cargo truck’s driver and mate.

They have been rushed to the Buipe Emergency and Accident unit.

According to the District Chief Executive of Central Gonja, the accident happened just in front of the Assembly office close to the Buipe Senior High School.

Meanwhile, the Police have deposited the body of the deceased at the Buipe Hospital mortuary.

Doctors at the Buipe District Hospital have hinted at plans to transfer the injured to the Tamale Teaching Hospital.