California will give cash payments to immigrants living in the country irregularly, Governor Gavin Newsom announced Wednesday, using a mix of taxpayer money and charitable contributions to give 150,000 adults $500 each during the coronavirus outbreak.

California has an estimated two million immigrants living in the state without documents.

They are not eligible for the $2.2-trillion stimulus package approved by Congress last month, which gives cash payments to most Americans plus boosts unemployment benefits by $600 per week.

“We feel a deep sense of gratitude for people that are in fear of deportations that are still addressing essential needs of tens of millions of Californians,” said Newsom, who noted 10 percent of the state’s workforce are undocumented immigrants who paid more than $2.5bn in state and local taxes last year.

Taxpayers are kicking in $75m for the money, while a group of charities has committed to raising another $50m for a total of $125m. A group of charities has already donated $5.5m for the fund, including the Emerson Collective, Blue Shield of California Foundation, the California Endowment, the James Irvine Foundation, the Chan Zuckerberg Initiative and an anonymous donor.

Newsom said the money will not be distributed based on income. “Their personal information will not be required to get those support,” he said.

California has been the most aggressive state in the nation when it comes to giving benefits to undocumented immigrants. Last year, California became the first state to give taxpayer-funded health benefits to low-income adults 25 and younger living in the country irregularly. This year, Newsom had proposed expanding those benefits to seniors 65 and older. 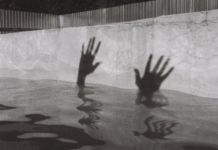 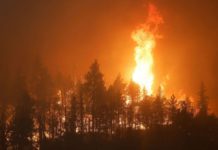