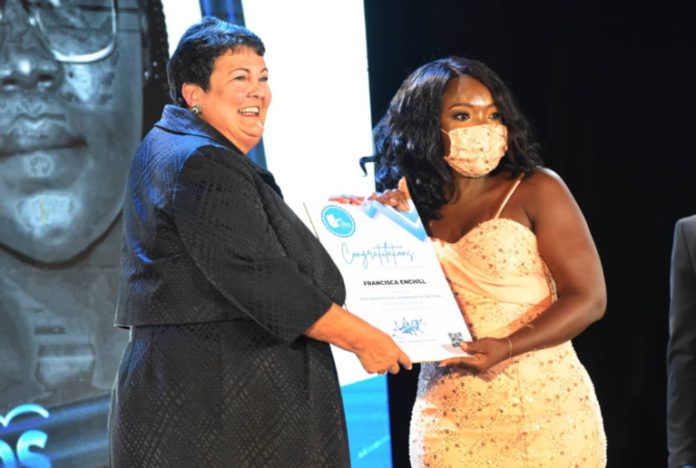 The curtains of the 2021 Ghana Journalists Association (GJA) awards have been drawn with Francisca Enchill emerging as the Investigative Journalist of the Year.

Francisca Enchill, an Investigative Journalist and Freelancer with Corruption Watch is the first ever female in the history of the GJA to win the category. She also won the Female Journalist of the Year.

With the presence of a few women in the field, Francisca Enchill, who has over eight years of experience in the field, won the award due to her stellar journalistic work.

This was at the 26th GJA awards night held at the Kempinski Gold Coast Hotel on Saturday, November 12, 2022, with President Nana Akufo-Addo as the Special Guest of Honour.

It was in recognition of her investigative piece, Pay or Die: The Agony of Pregnant Women in Hospitals, which in June 2021 attracted attention both locally and internationally from Germany-based DW TV’s AfricaLink.

In March 2022, she was shortlisted for the 2022 BBC World News Komla Dumor Award.

Francisca also made the list of 25 finalists for the 2022 edition of the prestigious West Africa Media Excellence Awards (WAMECA 2022) in October.

Pay or Die is a two-part documentary which uncovered how pregnant women who were NHIS subscribers, hence entitled to free maternal healthcare, were forced to pay for covered services.

In worse cases, pregnant women in need of emergency care were left unattended to until payments were made for the covered service in a cash-and-carry manner.

The investigation captured the 37 Military Hospital, Korle-Bu Teaching Hospital, Mamprobi Hospital, Maamobi General Hospital, Kaneshie Polyclinic and Ga West Municipal Hospital, popularly known as the Amasaman Hospital, all engaged in the act that endangered the lives of pregnant women and their unborn babies.

The damning revelations pushed the National Health Insurance Authority (NHIA) to outdoor two new steps to eliminate the illegal co-payment system, otherwise known as extortion or illegal charges on covered service for NHIS subscribers in health facilities across the country.

The two steps included the inauguration of a nine-member committee named the Illegal Co-payment Committee to handle the monitoring, reporting and tackling of illegal charges in all health facilities credentialed by NHIA.

They are also mandated to identify hospitals charging illegally and the level of the charge and report to the Executive Management of the NHIA for action.

Corruption Watch: Pay or Die, the agony of pregnant women in hospitals [Watch]

Francisca Enchill is the Investigator and Producer of the Corruption Watch project which runs on Adom FM’s Dwaso Nsem show and Joy FM’s SMS.

She has a number of works to her credit including Humans for Sale among others with several of them also being published on Adomonline.com. 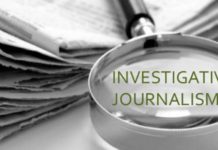