Asomdwee Park, which hitherto was in ruins, has been renovated by the government.

The tomb of the late President Mills, which was exposed to the vagaries of the weather, has been fixed and painted ahead of the 8th anniversary of his passing.

Asomdwee Park now has a mini zoo and the building meant for a library has also been renovated for recreational purposes.

A source told Adomonline.com that the government has released funds to keep the place in good sharp.

The military, the source added will be in charge of security at the presidential mausoleum. 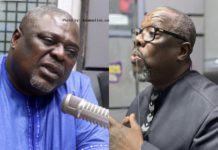