Brother of former President John Mills Samuel Atta Mills has expressed concern about what he says is poor maintenance of the Asomdwe Park where the late leader has been laid to rest.
The Late President Atta-Mills, who was President of Ghana from January 9, 2009 to July 24, 2012, died three days after his 68th birthday and was buried at the Asomdwoe Park, off the Castle Drive at Osu, Accra.
The Asomdwe (Peace) Park, formerly known as the Geese Park, was transformed in 2012 to serve as the final resting place for the late President, who passed on July 24, 2012.
The park has a lovely and serene atmosphere, complemented with geese and ostriches that allow it double as a tourist attraction site.
But Asomdwe Park, the christened presidential cemetery at the Osu Castle is in a deplorable state as the fifth year of Prof. Atta Mills’ anniversary approaches
Samuel Atta Mills who is Member of Parliament for Komenda Eguafo Abrem (KEEA) in the Central region is asking Parliament to demand answers from government on the issue ahead of the 5th anniversary of the late President’s death.
The MP, sounding emotional, said: “Mr Speaker, I will like to know the national policy on the final resting place(s) for ex-presidents.
“Apart from Osagyefo Dr Kwame Nkrumah, many Ghanaians do not know where our ex-presidents’ tomb can be found.”
Mr Atta-Mills reminded the nation not to forget that she has as many as three ex-presidents as well as a sitting one in the Fourth Republic, adding; “We should not wait and sing dirges in later years to come.”
He asked: “Is it true that there is a saying that a nation that does not honour its heroes is not worth dying for? I pause for an answer.”
“With Christ in the vessel I smile at the storm…. Happy Birthday, Brother,” he said.
Mr Atta-Mills noted that despite the burial of the late President being beautifully carried out in the not yet completed place, the planned completion, to date, had not been carried out.
“The park is expected to have a replica office of the late President Atta-Mills, memorabilia and a gift shop. It is also to be landscaped with well-manicured lawns, shady trees as well as variety of birds and garden chairs,” Mr Atta-Mills said.
“It is obvious from my visits to the place, including last week, that work has stalled and there is no indication that these repairs will commence anytime soon because it has been the nature of Ghanaians to abandon such projects,” he said.
Mr Atta Mills said his visit to the Asomdwee Park revealed that; “The well-crafted metallic cover of the tomb had developed grim cracks detaching itself from the rest of the artefact; portions of the tomb are also falling apart, and have been supported with blocks.
He said pressed for answers on which state institution manages the resting places for former presidents; who is in charge of the Asomdwee Park; who takes care of the landscaping as weeds have overgrown and filth engulfed the entire place; and what happened to some of the animals at the recreational centre.
Play attached audio for more

Mr Samuel Atta Akyea, the Minister of Works and Housing, and MP for Abuakwa South, said from a traditional background the mortal remains of presidents belonged to their families, but were loaned to the nation through elections.
He noted that wherever they were buried there should be some decency at the sites to show respect and gain economic benefits.
Mr Ras Mubarak, MP for Kumbungu, eulogised the late President Mills as humble and incorruptible, who also made great efforts to unite the nation adding that there was the need to maintain the Osu Christiansborg Castle.
Mr James Klutse Avedzi, the Deputy Minority Leader, said it was necessary to look at the situation of living presidents even before their death.
Majority Leader and MP for Suame, Osei Kyei-Mensa-Bonsu, suggested that the Osu Castle be considered a national mausoleum for former presidents.
He called for a re-look at the Greenstreet and Chinery Hesse reports that made recommendations for packages for former presidents. 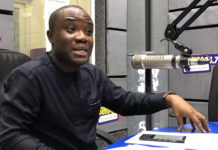 NDC to commemorate death of late President Mills on Saturday