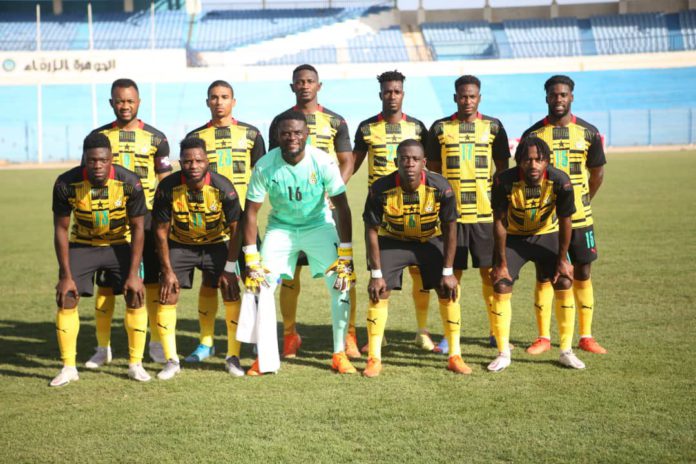 Ghana’s hope of sealing an early qualification for the 2021 African Cup of Nations [Afcon] has been delayed after losing to Sudan.

A powerful, late Mohammed Abdelrahman header gave Sudan a crucial win over the Black Stars on Tuesday afternoon in Omdurman in the reverse leg.

Black Stars succumbed to incessant pressure by the Falcons of Jerdine with just a minute left on the clock in added time.

The Black Stars began the game brightly, controlling the first 15 minutes but lost steam as the Sudanese took over creating some chances.

Ghana’s closest opportunity at goal came when Mubarak Wakaso weaved in a pass but Tariqe Fosu was inches late as goalkeeper Abdallah Ashrin cleared for Sudan.

C.K Akonnor’s men lacked the creative drive throughout the game and hardly created anything.

A win or draw would have been enough to secure qualification to the 2021 Africa Cup of Nations with two games to spare but the team will now have to wait until the next round of qualifiers.

Both teams failed to create any clear-cut chances but at every attack, it was Sudan who looked more threatening.

The defeat means Ghana will have to wait for their next game against Sao Tome in Cape Coast to reach Cameroon 2021.