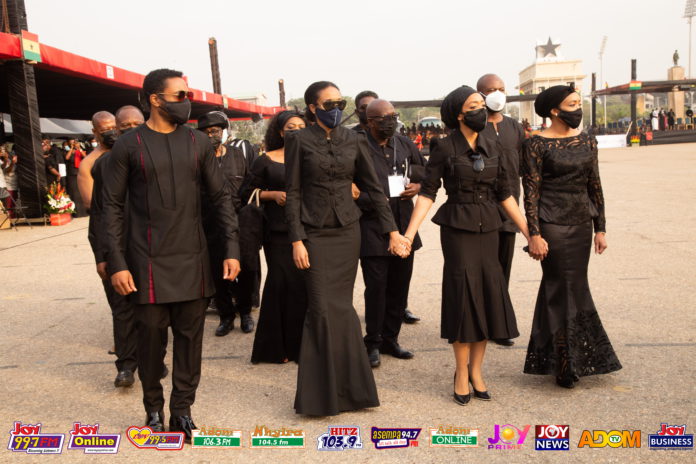 A 52-year-old woman, claiming to be the first daughter of former President Jerry Rawlings, has expressed sadness about the Member of Parliament (MP) for the Klottey Korle Constituency, Dr Zanetor Agyeman-Rawlings.

The sadness, according to Abigail Rawlings Mawutor, is borne out of the MP’s alleged refusal to speak to her after she found out the late President was her father.

Madam Mawutor, who was prevented from entering the funeral grounds of the late president on Tuesday, said after she realised the truth about her father, she reached out to the MP who has refused to speak to her for the past two years.

“Zanetor is my sister, she knows about me and that Rawlings is my father but she has refused to come clear on issues. I am very sad that she never gave me the opportunity to speak to her and that made me very bitter.

“I want to see her face to face and speak to her because she is my sister,” she said.

She, however, said she was proud of her sister and her achievements.

“I am very proud of Zanetor and very happy for her. It is God’s will she is where she finds herself now and I want her to become a big person and climb to even presidency like our father though she just hasn’t given me the chance to speak to her,” she cried.