One of the celebrities in Nigeria, who is championing the SARS protest happening in the country, Wizkid, has slammed his colleague musician, Reekado Banks for attempting to premier a song he did with him.

According to Wizkid, he cannot fathom why Reekado would choose such a desperate time to drop a song while all top musicians are supporting the cause of action to end police brutality in the country.

Few moments after Reekado Banks said, out of control, gbedu must drop. This one with my brother @wizkidayo Omo Olomo midnight dropping still on the matter, Wizkid replied him in a sharp riposte:

Delete this dude ! Can’t believe you’re even doing this at a time like this. Old song ! #endsars fool!, the Star Boy tweeted.

He went ahead to mention Reekado Banks in another tweet and tagged him as a “clout animal”.

Meanwhile, some Nigerians have equally lambasted Reekado for doing the right thing at the wrong time.

Others also believe Wizkid could have messaged him privately to delete the tweet but not diss him on social media because it is disrespectful. 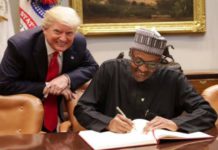 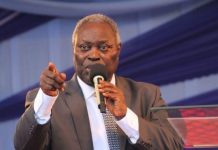