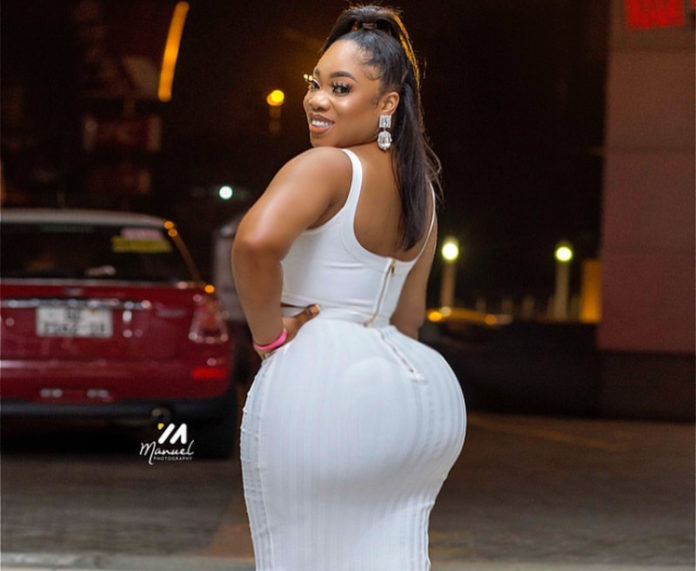 Popular Ghanaian actress, Instagram star and video vixen, Moesha Babiinonti Boduong, has given her many fans and followers a lot of pressure with her new video.

In the video, she was seen coming out of a house and heading towards a Land Cruiser.

A voice was heard saying she thought she was going to use the Range Rover but the actress indicated she wanted to use the Land Cruiser.

She was seen in the video shutting the door of the Land Cruiser and beaming with smiles when the one recording the video referred to her as a ‘rich man’s wife’.

The cars parked in the plush area were all white in colour and it appeared the compound on which they were parked was very huge.

She appeared to have been on her way out of her house when the video was taken and a close look at the video showed she was not wearing any make-up.

Moesha Boduong flaunts the expensive cars parked in her #mansion