The government has assured importers of ‘secondhand’ vehicles of job security following the passage of the Customs Amendment Bill.

The Bill, passed on Tuesday, March 3, 2020, will stop the importation of used vehicles that are older than 10 years and salvaged cars also known as accident cars.

This component in the bill, the Automobile Dealers Union Ghana has described as a threat to their jobs.

The concerns include lack of a clear definition of salvage vehicles, increase in import duties and the requirement of certification among others.

They argue that not all Ghanaians could afford the cost of the vehicles being assembled or that would be manufactured in the country.

Addressing these concerns on Asempa FM’s Ekosii Sen programme Thursday, the Minister of Trade said though the Bill has been passed by Parliament, he will decide when it will be implemented.

“Parliament has given me the power to decide when implementation will start. There is no cause for panic,” he added.

Alan Kyerematen stressed that the concerns raised by the Automobile Dealers Union Ghana are very legitimate and the government is taking steps to address them.

“I can assure the secondhand car dealers that their jobs are secured; we won’t do anything to collapse their business,” he maintained. 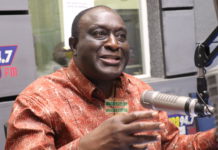