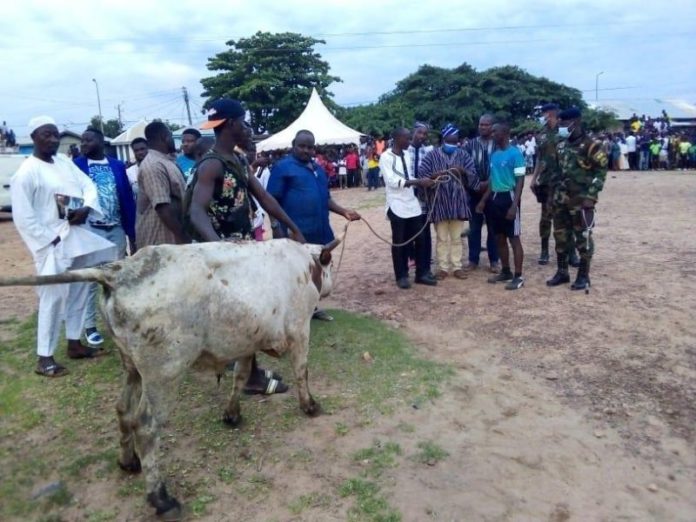 The President of the Wala Traditional Council, Naa Fuseini Seidu Pelpuo IV, has organised fun games between the military and civilians as part of measures to promote peaceful co-existence between the two factions.

This followed brutalities the military meted out to some people in Wa on Thursday, July 1, 2021, over a missing mobile phone belonging to a military officer, which created friction between the military and the civilians.

The tag of war and football games was between the military, media, auto-mechanics, and butchers in Wa.

Naa Pelpuo and Lieutenant Colonel Kwesi Gyimah, the Commanding Officer of the Number 10 Mechanised Battalion in Wa, as well as scores of the public gathered to witness the games at the Tendamba Junior High School Park.

“We should all understand that having these fun games, we have put that unfortunate past behind us.

So without mincing words, we want to emphasise that, the ugly incident is now a thing of the past, it belongs to history and nothing more”, Naa Pelpuo said after the event at the weekend.

He noted that the peaceful reconciliation signified that as a human society there was bound to be infractions but that there was the need to rebound in the midst of disagreements.

“We want the rest of the country to understand that this is the way to go because at all cost we will always need one another to protect our own peace and security”, Naa Pelpuo said which Lt Col Gyimah had shared in that message.

Lance Corporal Isaac Kodua, the Coach for the military team, commended the Wa Naa for the initiative and was happy that peace had been restored between the military and the civilians.

The military team emerged the winner and was awarded a cow as the price, while the auto-mechanics team was second. 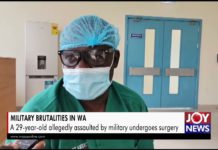 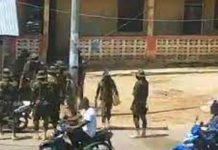