This follows his appointment by President Nana Akufo-Addo on July 24, 2021.

He takes over from James Oppong-Boanuh, who was appointed as police boss by President Akufo-Addo in October 2019.

Mr Oppong-Bonauh is to embark on terminal leave with effect from August 1, pending his retirement from the Ghana Police Service on October 7.

A pull-out ceremony was held for Mr Oppong-Boanuh on Friday, July 30, 2021, during which he encouraged personnel to give his successor the necessary support. 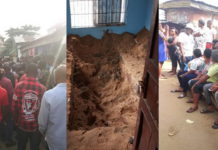