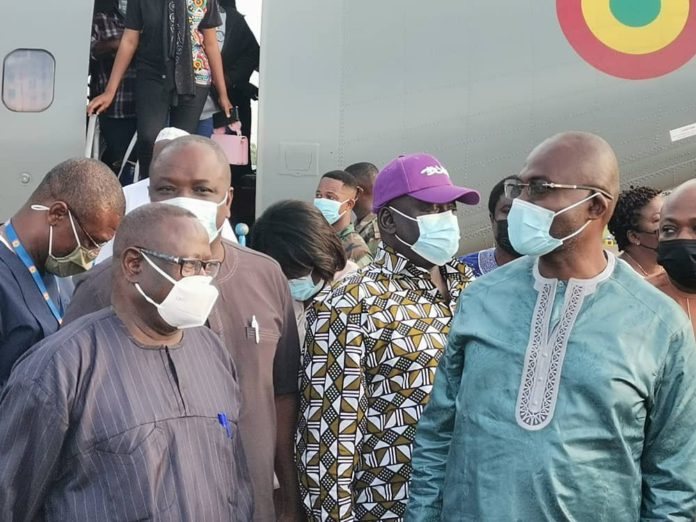 The Chairman of the Parliamentary Select Committee on Defense and Interior has stated that the committee’s objective in Wa is not to accuse anybody but to find out the facts of what transpired on July 1.

Some 86 young soldiers went on a rampage and allegedly brutalized innocent residents of the township, resulting in some of them developing a fracture of the bone.

Kennedy Ohene Agyapong made the statement when he led members of the committee to call on the Upper West Regional Minister, Dr Hafiz Bin Salih in Wa.

He said they had earlier planned to be in Wa on July 11 but it coincided with President Akufo-Addo’s 2-day official tour of the region.

The Assin North legislator said the committee will not grant interviews to the media as it has the tendency of prejudicing the issue.

“With all due respect, we cannot be granting media interviews. If you do that you may destroy the facts. Some may misinterpret the facts reported speech. We plead with you, we are not disrespecting you but we want to get all the facts,” he added.

Upper West Regional Minister, Dr Hafiz Bin Salih thanked them for the visit, assuring them of the support of the Regional Coordinating Council to ensure a successful mission.

Since the incident occurred, a committee was set up by the Ministry of National Security to look into the issue and have already released their preliminary findings.

Per the report, three soldiers have been demoted to lower ranks. Eight other officers have also been kept in 30-day detention.

The Upper West Police CID is also investigating the issue. Dr Bin Salih said when all the investigations are complete, none of the culprits will be left out.