T-Pain is opening up about his four-year battle with depression.

In a clip from Netflix’s series, This Is Pop, the rapper reveals the dark side of his musical success that included the infamous introduction of auto-tune to mainstream music.

Although the pitch correction technique has been around for ages and using it helped propel T-Pain to superstardom, the rapper claims it led to a confrontation with Usher, who allegedly told him that he “f**ked up music.”

“Usher was my friend. I really respect Usher. And he said, ‘I’m gonna tell you something, man. You kinda f**ked up music,’” T-Pain claims in the clip released by Entertainment Weekly on Monday.

The rapper — who also explains that the alleged conversation occurred during a plane ride — says he thought Usher was joking at first, so he laughed. But, according to T-Pain, Usher allegedly doubled down on his comment and said that the rapper “really f**ked up music for real singers.”

The rapper’s use of auto-tune, which sparked a plethora of artists following his example, was quickly met with a wave of backlash. In 2009, JAY-Z even recorded an entire diss track attacking the pitch correction titled “DOA (Death of Auto-Tune).”

The backlash was so fierce that people seemed to forget that T-Pain was a genuinely talented musician and producer, a fact the rapper has spoken about many times before. During his Tiny Desk Concert for NPR, during which he sang entirely without the processor, the rapper joked that the auto-tune was “surgically inserted.”

Since then, the rapper has gone on to win the first season of The Masked Singer, release a new album and co-write a cocktail book.

This Is Pop is an eight-part series exploring untold stories from some of the biggest moments in pop music history. In addition to T-Pain, it features interviews with ABBA’s Benny Andersson, Shania Twain, Brandi Carlile, Chuck D, Babyface, Orville Peck, Hozier, members of Boyz II Men, Backstreet Boys, Blur, and many more. 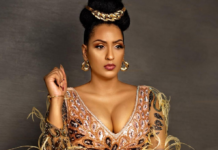 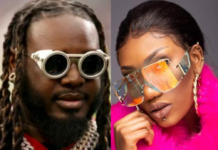 Wendy Shay reacts to T-Pain’s reply to her message 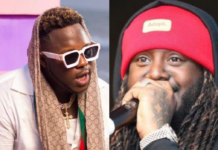 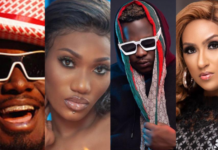 T-Pain exposes Wendy Shay, Medikal & Juliet Ibrahim after sharing what they told him in private