Dr Zanetor Agyemang-Rawlings, the first daughter of the late ex-president Jerry John Rawlings, has left a section of Ghanaians in tears with a post to mark the latter’s birthday.

The late President turned 74 on Tuesday, June 22, 2021, but his absence did not prevent the Klottey Korle Member of Parliament from marking it.

Taking to her social media pages, she shared an emotional photo of herself and her late father.

The shot gave Ghanaians an idea of the kind of relationship she shared with her late father.

The photo captured father and daughter having a conversation as the latter paid rapt attention to him.

To show how much she misses her father, she penned brief but powerful words which read : Fondly, on your birthday… Living in our hearts.

Amidst the sorrow, she took inspiration from Lebanese-American writer and poet, Kahil Gibran’s quote: When you are sorrowful look again in your heart, and you shall see that in truth you are weeping for that which has been your delight.

Many, who have been hit hard by the post, have taken to her comment section to console her coupled with earnest praise and admiration for the duo. 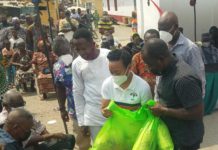 Dr Zanetor Rawlings showers the aged in her constituency with gifts 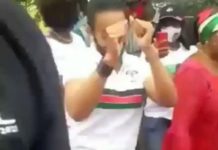 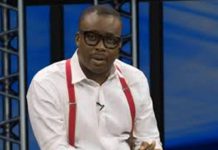