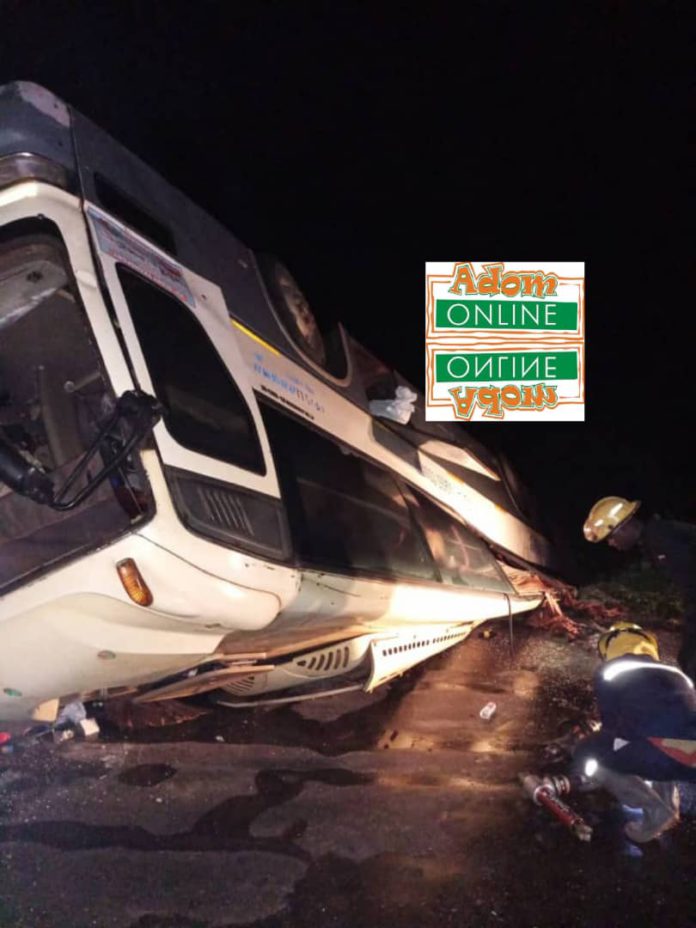 Three people have been reported dead in an accident at Ampunyasi Nkwanta on the Obuasi-Dunkwa highway.

The accident involved a Samreboi bound Kia Grandbird bus with registration number GN 9721-17 with the driver identified as Yaw Gyebi.

The deceased are said to include two women and a man.

The Obuasi Divisional Motor Traffic and Transport Department commander, DSP Charles Owusu Aboagye, who confirmed the incident to Adom News, said the bus with 29 passengers veered off the road into the bush and somersaulted multiple times.

The vehicle was badly mangled and had to be cut to rescue the victims.

Meanwhile, the Police have appealed to the public to help identify the victims.