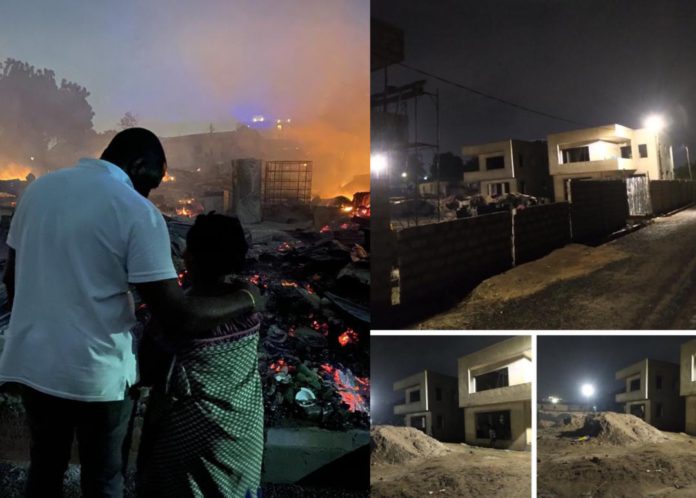 Fire razed about 100 kiosks which served as shelter for over 500 squatters at Shiashie in the Ayawaso West Wuogon Constituency in Accra last year.

The unfortunate event, which happened on August 14, 2020, affected many who looked on in despair, while others wailed over their damaged property.

The ravaging fire destroyed property and belongings worth thousands of Ghana Cedis.

The then Member of Parliament aspirant for Ayawaso West, John Dumelo, and the incumbent Lydia Alhassan rushed to the scene to comfort victims who suffered.

Seven months after the event, some buildings have been mounted raising concerns by some residents.

One fan, who raised the issue on social media, mentioned Mr Dumelo and asked him who the owner of the project is.

He said: Aug 2020, fire ravaged a quasi kiosk campsite in Shiashie – MP aspirant @johndumelo1 and incumbent Ma Lydia were at pains, trying their best to commiserate with the inhabitants – Fast fwd 7mths – from the ashes arises these edifices and one may ask ‘na who cause the fire‘?

Mr Dumelo, in reply, said: That’s a question for the gods….