In the photos, Kaakie appeared heavily pregnant while wearing a white bodycon dress and a green gown.

She was beaming with smiles as she poses for the camera holding a red baby shoe on her bump.

This comes after the ‘Obolo’ hitmaker on January 6, 2020, tied the knot with her high school mate from Achimota Senior High School, popularly referred to as Kweku “Spider”.

At a private ceremony at Manet Ville in Accra, the two were joined by close family and friends to celebrate their marriage.

Kaakie has been absent from the music scene for a while after she travelled to the United Kingdom to further her education some years ago. 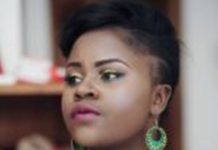 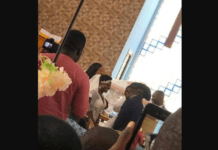 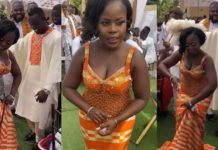 'Time spent with Kaakie was a wasted investment' – JMJ