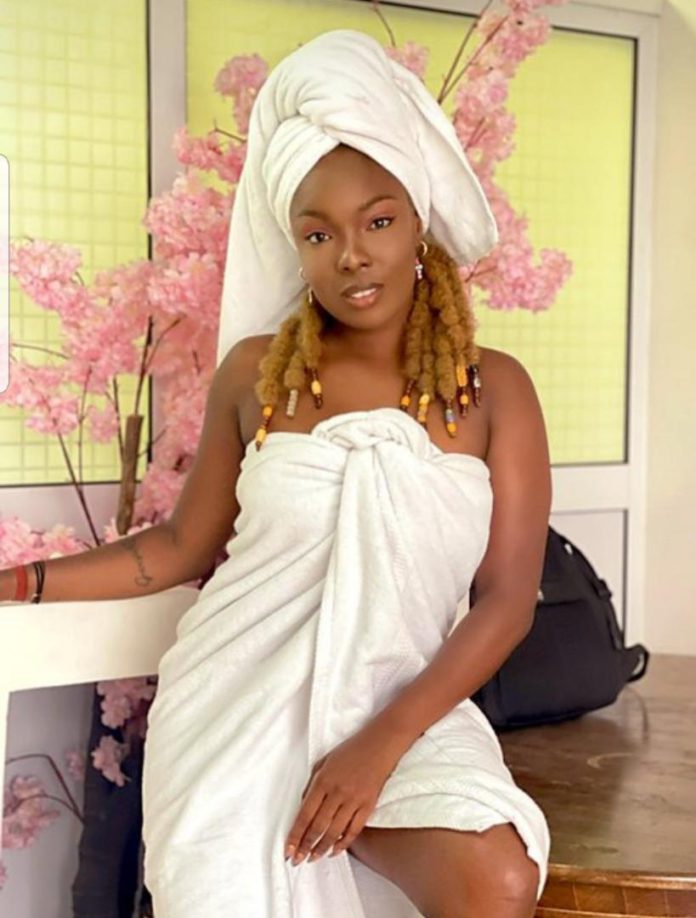 Songstress, Feli Nuna has made a comeback after a hiatus with an appearance that has triggered mixed reactions.

While many entertainers represent their brand with sizzling hot outfits, the singer has gone against this status quo and appeared for a live TV interview wrapped in a white towel.

She also covered her hair with another towel and complemented her look with a pair of heels.

Her outfit was to promote new song titled ‘Towel Season’. The song to be released on May 11 is dedicated to women.

Feli Nuna debuted on the Ghanaian music scene in 2012, and she is best known in Ghana for a number of singles including ‘I Like Am,’ ‘Lose Control,’ ‘Afro Magic,’ ‘Dream,’ ‘Love Me Now,’ ‘Azumah,’ and ‘Wanted.’ 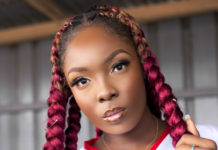 I have not been treated fairly – Musician Feli Nuna laments 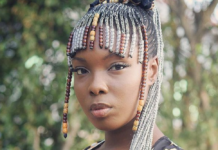 ‘Feli Nuna is not a rapper’ – Eno Barony

My nipple turns me on – Feli Nuna