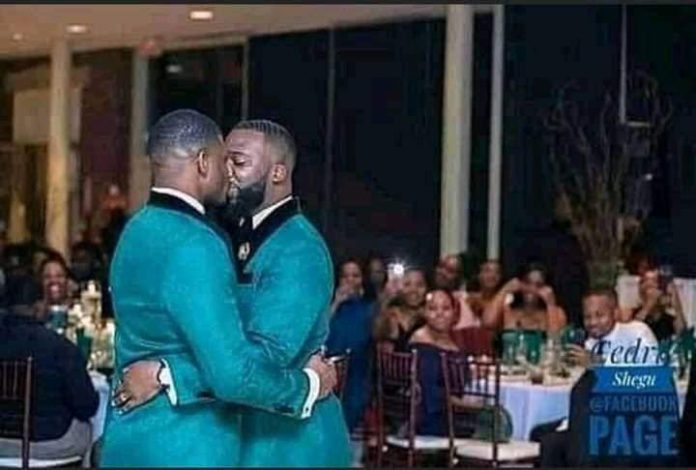 A Ghanaian man living abroad has explained why he decided to be gay after two failed marriages.

Sharing the story on his wedding day, the young man said he has suffered in the hands of women including his mother.

Growing up, he claimed his mother was not a good wife to his father and left the marriage when he was just six years.

“After maltreating my dad, she left, then I was just 6-years-old leaving us to suffer” he bemoaned.

He said his father sacrificed and took care of him as a single parent.

Even in high school, he said his first girlfriend left him “because I couldn’t afford to take her to the cinema and buy her lunch.”

“My dad advised me never to trust women because they will make me suffer.”

But after his university education, he decided to ignore his father’s advice and give love a chance.

Unfortunately, he suffered the same fate as his dad.

“I have been married and divorced twice. Those women were not good to me either,” he bemoaned.

He has therefore decided to marry a man whom he described as his best friend.

“So, I decided to marry my fellow man, my best friend. We are so much in love. Now I’m living my best life. I’m happy” he wrote.

The story was shared by Facebook user Mallam Obash