Rapper Eno Barony has released a new song after she won no award at the recently held Vodafone Ghana Music Awards (VGMA).

The song, described as a quickie by many social media lovers, talks about how she was “snubbed” just two days ago when she was nominated for Best Rapper of the Year category.

On the awards night, she was tagged by many as the best performer when she appeared on the podium with a wild-fire performance cementing her rap prowess in the music industry.

Engulfed with the energy that she could win the Best Rapper of the Year, the award swerved her and the likes of Sarkodie, Strongman, Medikal, Teephlow, when Kwesi Arthur got announced as the winner.

Feeling disappointed, the female musician has dropped a new song dubbed ‘Game of Thrones’ to prove she is on top.

You should put an umbrella over my head and make all these bloggers my linguists. Tell my people that I am already reigning in the hearts of my followers. With the award, if you give it to me, I will take it, but if you don’t, I am still in the game [SIC], part of her lyrics said.

According to her, the best rapper in Ghana now is a female.

We fighting for the throne, but you already know who the King is. Four minutes into the show and the whole world talks about how the lady killed it.

Four bars ‘kraa’ you go feel me. No disrespect to no rapper but King of rap in Ghana now is a female. This is what we call a bitter truth and to accept it e go hard for you.

Addressing the VGMA snub, she likened it to a football match, thus: The referee says it’s a foul not a goal so what do I have to say? I am an icon and I don’t need to blow my own horns. If you say you are the best then who am I? she queried.

Beautiful photos of Eno Barony before fame pop up 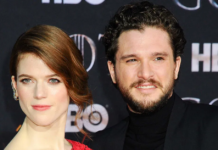