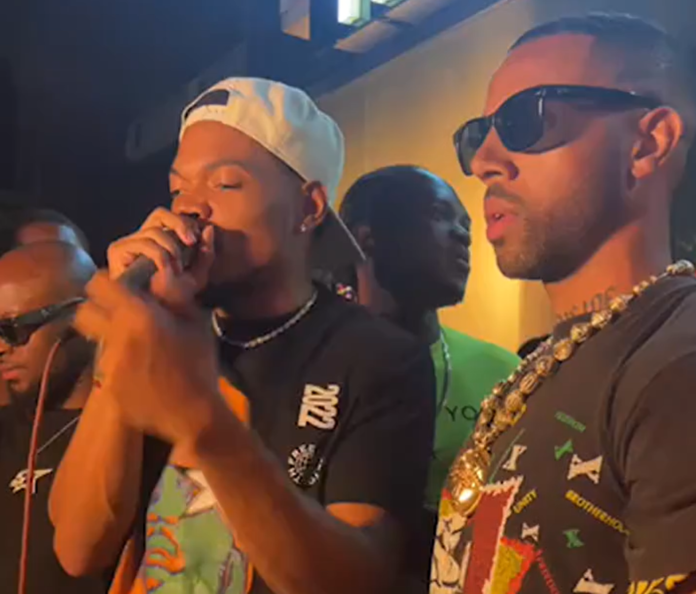 American musician, Chance The Rapper, has shared a story of a power outage he experienced while in Ghana.

The rapper said the incident happened during his first day in the country in January this year.

In an interview with Kojo Manuel, the rapper revealed that on his first day in the country, he went to a club with colleague musician Vic Mensa among others.

Around 2:00 am when the party was at its peak, the lights went off, leaving the place in darkness and the music cut off, he said.

Chance The Rapper explained that he was initially alarmed because in Chicago where he comes from power off was usually a terrible sign something wrong might happen.

However, shortly after the lights went out the people began singing Burna Boy’s ‘Ye’ and they did so till the lights came back on, he narrated.

“It was like 300 people kept singing it, everybody just kept dancing basically till the power came back on. But it was such a moment of solidarity and we do that in Chicago too.

“So it was me relating that back to experiences that I had in Chicago and just feeling safe. That was one of the craziest things I have ever seen in my life,” Chance The Rapper narrated.

The rapper and his friend Vic Mensa visited to make the best out of their experiences in Ghana.

Vic Mensa noted that he has always advocated for people to visit Africa because many people have attacked the continent for years.

To ensure African Americans learn more about the continent they returned to Ghana in July with about eight high school freshmen from Chicago in the US after spending time in the country in January 2022.

Their stay was part of an educational travel experience they promised to offer anyone who joined them in the subsequent trips to Ghana.

Taking to Instagram, Vic Mensa noted that “a year ago we had the idea to take a group of kids from Chicago to Ghana. There are some things about yourself that you can only understand by knowing where you come from.”

The musician added that “Our dream is to build bridges that cross the ocean of divide created by the transatlantic slave trade. Today we are one step closer to actualizing that dream.”

Meanwhile, Vic Mensa and Chance The Rapper will be hosting a concert in Ghana come 2023.

The musicians announced they would be headlining the concert on January 6, 2023, at the Free The Youth outlet.

Speaking at the conference, Vic Mensa revealed that the event will feature some of the biggest global stars.

He noted that the Black Star Line Festival is aimed at achieving the goal of bridging the gap between Africans on the continent and those in the diaspora. 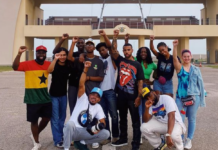