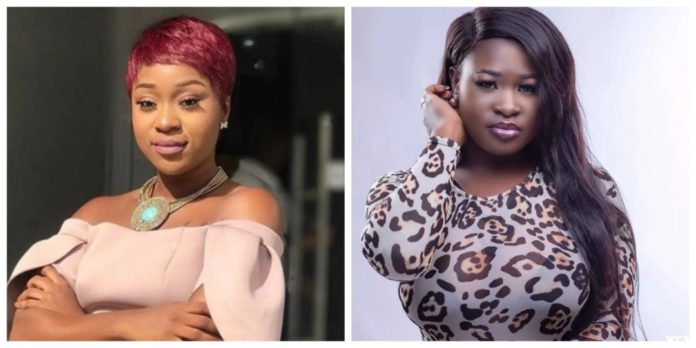 The rift between the Friday borns; Sister Afia and Efia Odo is further widening as they have challenged each other to a physical fight.

Their online banter, which started as a joke, has now gained momentum and the two are seriously at each other’s neck.

After rekindling their beef barely a week ago over a disagreement over iPhone possession, songstress Sister Afia has warned Odo to keep her name out of her mouth.

In a latest interview, Efia Odo claimed their ‘beef’ was a planned one, but Sista Afia, who spoke via phone on the same platform, denied she never approached the former for such ‘childish’ games.

Sista Afia further went on to say they are not friends, and they all represent different sectors of the entertainment industry, and as such it would be illogical for Odo to be the one she would approach.

As the banter got heated, the songstress threatened to beat the Ghanaian-American actress when next they meet face-to-face.

She expressed regrets for not beating Efia Odo up when they last met, adding that advice from her management team and ‘visibly shaken’ Odo’s demeanor made her change her mind last minute.

Sister Afia has, however, given Odo the luxury to pick a date and time for her to be seriously whipped.

The reason being that she wants to end the battle fair and square and not leave room for Efia Odo to defend that she was ambushed. 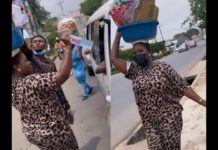 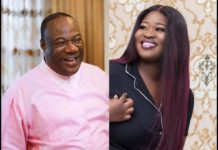 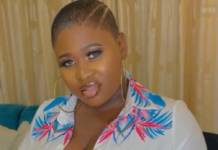 Give your girlfriend access to your phone, she’ll never cheat on you – Sista Afia