In the adorable photo, the songstress was spotted clutched unto Delay as they beamed with smiles for the camera.

The photo which got fans talking saw Delay in a cream bodycon outfit while Stephanie rocked a black outfit with an embroidery at the arms.

They both wore black wigs with a touch of make-up to compliment their look.

To a section of fans and followers, it may be an upcoming interview which they are looking forward to.

Meanwhile, others have reacted differently, describing the photo as a ‘skin-to-skin’ one. 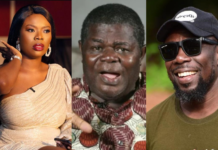 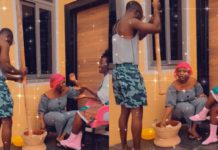 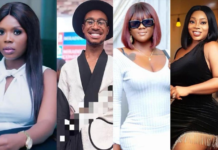