Peacekeepers who were arrested on Sunday for shooting two people dead on the border between the Democratic Republic of Congo and Uganda were from Tanzania, a senior UN official has told the BBC.

The UN has strongly condemned the shooting, in which 15 people were injured.

Over the past week at least 20 people have died during violent protests against the UN peacekeeping mission, known as Monusco.

Many Congolese accuse it of failing to protect people from attacks by rebels.

While Sunday’s shooting will further tarnish the reputation of the UN force, correspondents say the Congolese military has also come under criticism for failing to bring security to a region where dozens of armed groups operate. 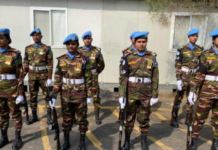 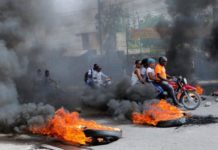 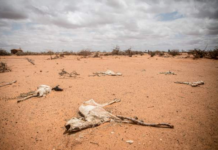