Mr Otchere-Darko’s comment comes on the back of the lawmaker’s resignation from the Appointments Committee of Parliament.

“I chuckled a bit when I read Samuel Okudzeto Ablakwa’s letter today, announcing that he was resigning from Parliament’s Appointments Committee for reasons ‘both personal and on principle.’ He is a younger man with potentially a big future ahead of him and I can only wish him well. But, for sustainability, he must measure his moves well,” he advised.

“Sometimes, in trying to show that you are better than the rest you risk creating the unintended impression that the cardinal loyalty principle of being a team player, to you, can be sacrificed, for a self-serving end. That your individual image means more to you than the collective,” he said in a Facebook post.

To him, the resignation does not augur well, especially at a time when there is an existing uproar in the party.

“His resignation comes at a time when some people within the rank-and-file of the National Democratic Congress are expressing anger against their MPs on the Appointments Committee and the Minority leadership for the approval of Ken Ofori-Atta as Finance Minister. It is as if they watched a different vetting to the rest of us,” he added.

Mr Ablakwa, in a letter dated March 30, addressed to the Speaker, Alban Kingsford Bagbin, announced his resignation from the Committee with immediate effect.

He explained that this is “after days of careful reflection and thoughtful considerations.”

As a result, the North Tongu MP stressed that he will, therefore, not be available for the vetting of President Nana Akufo-Addo’s nominees for Deputy ministerial positions.

Okudzeto Ablakwa writes: Akufo-Addo fails to lead by example in a period of austerity 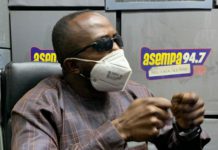 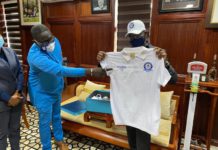