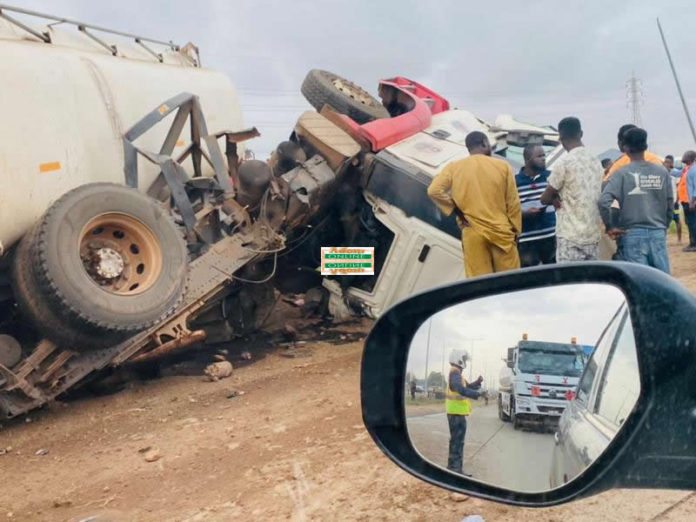 A man in his mid-forties has been killed with several passengers in critical condition following an accident on the Tema Motorway.

The accident occurred in the early hours of Friday near the Ashaiman-Klagon under bridge section of the motorway.

Narrating the incident, witnesses said a saloon car joined the motorway from the Klagon road through an unapproved route, jumping into the lane of the on-coming petrol tanker.

The tanker driver, in an attempt to save the saloon car, lost control and crossed the middle basement and crashed the Hyundai minibus.

A driver of a Sprinter bus, Richard Addo, who was also nearly hit by the tanker truck, said he has been traumatised by the incident.

They have also conveyed the dead body of the man who was travelling with his wife to the morgue and the injured rushed to the Tema Hospital.