Residents of Offinso North constituency in the Ashanti Region have kicked against the candidature of popular fetish priest, Nana Kwaku Bonsam.

They are convinced he will not make much impact in the upcoming parliamentary election.

Nana Kwaku Bonsam, who is contesting the Offinso North seat as an independent candidate, claimed his gods have assured him of victory.

But some believe the fetish priest has not done much in terms of aiding development in the community to earn their votes.

“I doubt he will win but rather Collins Ntim stands a good chance because of the work he has done,” a voter said.

“There’s nothing greater than God’s power, are the gods the ones to vote for him? Human beings are the ones going to vote and I believe by the grace of God, Collins Ntim will win,” he added.

Interacting with Joy News’ Nana Yaw Gyimah, some of the residents said the incumbent Member of Parliament will retain the seat as he had brought a lot of development to the constituency.

Another voter, who identified himself as Yaw Agyei and brother of Nana Kweku Bonsam, also said, “Kweku Bonsam is my junior brother but I doubt he will win neither will all the other candidates even make it apart from Mr Ntim.

“What my brothers have said is right, no one can compete Collins Ntim because we have accepted him,” said Eric Fosu, a resident.

The Offinso North constituency, for the first time, is being contested by four contestants with two of them being independent candidates.

The others are the incumbent MP and Deputy Minister for Local Government, Mr Ntim who is seeking his fourth term on the ticket of New Patriotic Party.

There is also educationist, Ofosu Acheampong Caesar who is representing the National Democratic Congress and hoping to unseat the incumbent MP come December 7. 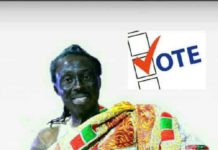 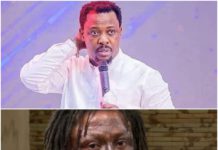