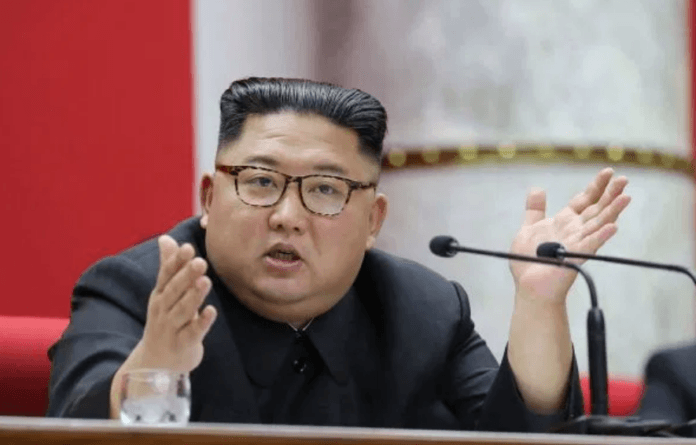 North Korea has brutally executed a coronavirus patient for going out in public, reports claim.

Kim Jong-un’s dictatorship is dealing with the virus with an iron fist after the man was put to his death for dodging quarantine to go to a public bath.

The patient was arrested by officers and immediately shot as the country takes sickening measures to avoid the killer outbreak spreading.

South Korean Dong-a Ilbo newspaper reported that the man – a government official – had been placed in isolation after travelling to China.

Kim Jong-un imposed military law to enforce a lockdown to combat the virus despite not experiencing any confirmed cases.

The shock revelation comes as China saw its deadliest day of the coronavirus outbreak so far as the number of deaths leapt by 242 in just 24 hours.

Officials in the country said the jump was linked to a change in how they’re diagnosing new cases, a report said.

Nearly 15,000 cases of the deadly coronavirus were reported in Hubei province on Thursday.

Health chiefs in Hubei said 242 people had died from the flu-like virus on Wednesday, the fastest rise in the daily count since the pathogen was identified in December.

The North Korean trade official was quarantined under a policy of isolating anyone who had been to China.

Another official is said to have been exiled to a North Korean farm after trying to cover up his travels to the coronavirus-ridden country.

The second official was reportedly a member of the secretive kingdom’s National Security Agency.

Yesterday, Pyongyang announced that quarantines had been extended to 30 days – more than twice that recommended by world health bosses.

And Kim has almost completely closed the border with China – its only major diplomatic ally.

Flights have been reduced with road and rail links either closed or heavily restricted.

The DMZ between North and South Korea is already heavily fortified and very few people cross.

State media reported that North Korea’s Red Cross Society had deployed to “relevant areas” around the country to monitor people with possible symptoms.

KCNA reported: “They are conducting information activities in various forms and by various methods at public places to introduce common medical knowledge about the epidemic and encourage people to give fuller play to the noble moral traits of helping and leading each other forward.”

Tens of thousands of North Korean workers were believed to be working in China before a UN order for Beijing to send them back home expired in December.

It was unknown how many of them have returned home.

World Health Organisation officials based in Pyongyang have said they are not aware of any confirmed cases.

However, some South Korean media outlets have reported multiple cases and even possible deaths from the virus in the North.

The total deaths in China from the newly discovered virus has hit 1,367, up 254 from the previous day, the National Health Commission said.

Hubei had previously only allowed infections to be confirmed by RNA tests, which can take days to process.

But it has begun using quicker computerised tomography (CT) scans.

As a result, another new 14,840 cases were reported in the central province yesterday, from 2,015 new cases nationwide a day earlier.

About 60,000 people have now been confirmed to have the virus, the vast majority of them in China. 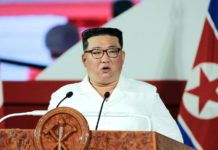 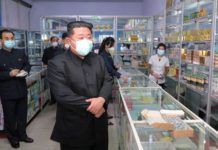