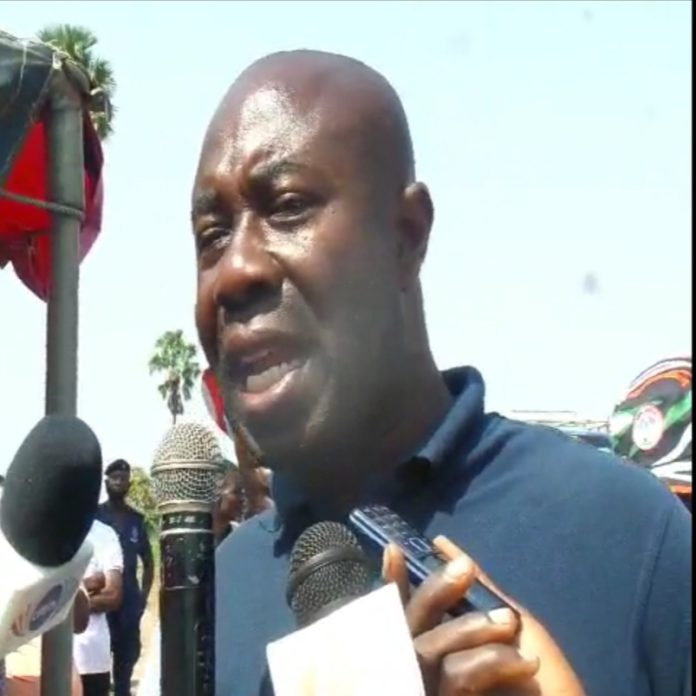 Mr Agyekum, together with the chiefs and people of Bonsu, a farming community near Nkoranza, cut sod for the construction of a police post.

The construction of the police post has become necessary due to the increasing number of robbery cases on that stretch in the last month.

The project forms part of the MP’s campaign promise to the people in the constituency.

The Chief of Bonsu Nana Opoku Oware l, commended the MP for supporting the Bonsu with the police post.

The Nkoranza South Divisional Police Commander, Supretendent Victor Oduro Abrokwah, in his address stated the police administration has beefed up security on the road after a recent robbery attack.

He also commended Mr Agyekum for his support to the police administration and stated that the new police post will go a long way to assist them, especially officers who have been deployed to that road.