Highlife singer, Bisa Kdei, has finally opened up after one of his songs got featured as a soundtrack in Netflix’s 2020 Christmas movie, Jingle Jangle.

According to him, he was overly excited about the news, adding that, it’s a big win for Ghana and the entire Black movie fraternity.

Speaking on Daybreak Hitz on Hitz FM, monitored by Adomonline.com, the ‘Mansa’ hitmaker said the soundtrack goes a long way to cement his music prowess after many critics tagged his songs as funeral-oriented.

Bisa Kdei said he was chosen because he stays true to the African Highlife rhythm and urged other musicians to stay true to their roots.

I think as an artiste you need to focus on yourself, your music and fans and you don’t have to focus on others waiting for you to achieve a milestone. I am a Ghanaian and I cannot change my identity.

I am selling highlife… the same funeral songs are winning. They try to ask me about highlife and our culture here and I think that’s another reason they chose me because I am selling my culture and the sound is authentic.

We had a couple of emails from the production team and the wife of the director, … she is a huge fan of me and she has been listening to most of my songs,. So when the email came in…they thought my sound was different, Bisa Kdei said.

The musician said he was yet to watch the full movie because he had been occupied with congratulatory messages, adding that, due to the excitement I have to watch it again.

Bisa Kdei’s song written specifically for the movie is a remix of his 2018 hit ‘Asew‘.

Unlike the original which talks about a young man addressing his in-law, ‘Asew Jingle Jangle’ focuses on a grandchild who is speaking to her grandfather. 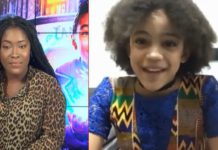 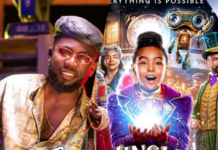