My junior sister, Sabina. She was 18 years old when she came to live with me. She had completed senior high when I decided to bring her to come and live with me.

She had been in the village for so long I’d wanted her to experience the city life before going to the university.

When her results came, she didn’t do well so she couldn’t go to school. “I told her, “It’s better you re-sit the papers you failed so you can have a better shot.”

She started attending remedial classes. It was just around that time that I realized she was getting closer to a co-tenant living two doors away from mine.

At first, I didn’t give it a critical thought until one evening, I saw her coming out of the guy’s room. It was around 9 pm. I asked her, “What were you doing in Rasta’s room?” She said, “Nothing.

I was there watching TV.” I said, “But we have a TV in here so why would you go there to watch TV?” She said, “I was watching Netflix.”

A village girl telling me about Netflix? I told her, “This should be the last time you would go to that guy’s room. He’s a man. Anything at all can happen.

You have to be very careful around here.”

I didn’t see her again with Rasta so I assumed she had listened to me and had repented. One afternoon, a co-tenant stopped me on the way.

She said, “I should bring your attention to what your sister is doing before things go bad. On several occasions, I’d seen her coming from Rasta’s room at very odd hours.

When you go to work, she spends virtually all day in Rasta’s room. She’s a little girl. Talk to her before something happens.”

Sabina denied everything and even cried while explaining herself. She said, “Ever since you told me not to go there, I haven’t been in his room.

God being so good, three months or so later, Rasta was ejected from the house because he couldn’t renew his rent. I was happy he was gone but things changed suddenly. Sabina would go to classes and come home very late.

When I asked, it was either the traffic was thick or the teacher didn’t close them early. One day, she came home with a lady she attends classes with.

At her blind spot, I collected the lady’s number.

One evening, she was late in coming so I called her to ask why she was late. She said, “We are still in class.

The teacher didn’t come early.” I called that friend she came home with the other time. She said, “We close around 5pm and I’ve been home since.

I said, “Hey give the phone to Rasta let me talk to him. I know you’re with him.” She asked, “What Rasta?” I told her, “If you play dumb with me, you won’t spend another day with me. I’ll send you to the village right this evening.

She cut the call on me. I called back several times and she didn’t pick. I went to our landlord and asked for Rasta’s number. I called him, “Rasta, I know my sister is with you. She’s a minor.

If I don’t see her in the next twenty minutes, I’ll make a missing person report at the police station.” He said calmly, “Who told you your sister is with me?” He also cut the line.

That evening when she came home, I called my mother and told her everything. I said, “First thing tomorrow morning, I’ll put her on the bus and ship her home so you should be expecting her.” My mom said, “Mansa, if you can, send her here right this minute.

If she doesn’t care about her future, she should come back home and learn to farm.” She spent all night begging me not to send her away.

I told her, “You’re walking on treacherous grounds and I can’t take responsibility for what may come out of this. Pack all your things, tomorrow morning you’re leaving for the village.”

The next morning, I took her to the station, paid her fare, and waited till the bus moved before going to work. I called my mom and told her Sabina was on her way coming. Around 5pm my mom called me.

I thought she was going to tell me that Sabina had reached the village. She said, “Your sister is still not in. I said, “I took her to the station and watched her until the bus moved. She should be home by now.”

Then it occurred to me that she might have gotten down along the way. I called Rasta; “Young man, where is my sister?” He said, “Why do you always want to ask your sister from me, don’t you have her number?” I said, “You’re the reason she’s being truant. She’s supposed to be in the village but you intercepted her.

Report to the police and we’ll meet there.”

I was stunned! Whaaat! Sabina talking to me like that?

But she had a point. She was old enough to make her own decision but to decide to stay with a man who spends his days at the ghetto smoking weed was what I couldn’t comprehend. I called my mother and it was call waiting.

Later she called beck. She said, “I was talking to Sabina. She said she’s never going to come back to the village and I should warn you not to interfere in her affairs.

If you can’t live with her, she had found someone she could live with so we should let her live in peace.”

My blood kept boiling while listening to my mom talks. She asked me, “Do you know where that man lives?” I said no. She said, “Then report to the police.” I said, “It’s fruitless and I’m not going to waste my time.

She’s twenty and by law, she can do whatever she wants to do. The police can’t come in.” My mom said, “But we have to look for her. At least we should know where she lives. I said, “I will try.”

Nothing I did worked so I left her to her fate. My mom spoke to her every day but she won’t pick my calls. She tried to convince my mom that Rasta was a good person and he was taking better care of her than I did.

The Rasta had bought nursing training forms for her and he was working to get her admitted regardless of her bad grades.

Five months later, she went back to the village with a six months old pregnancy. She told my mom she had come back to give birth because the Rasta had run away.

“How did he run away?” My mom asked. She said, “Two weeks ago he told me he was going to see her parents and since then I haven’t seen him again. His phones too are off.”

Currently, my mom had been calling me each day begging me to come to my sister’s aid. She’s close to giving birth and she can’t even afford sanitary towels. But nothing would make me spend a dime on that ungrateful girl.

She is twenty and can do whatever she wants right? If I send money to my mom, I know very well that she would use it to take care of her so I’ve stopped sending her money.

The last time my mom complained, I told her, “I have a two-bedroom house here. You can come and live here with me and I will take care of you but if you’ll live with that girl, I’m not sending a pesewa to you.”

Just hearing my sister’s name gets me angry. I’m glad she had never called to apologize because if she does, the words that would come from my mouth might severe our sisterhood forever. 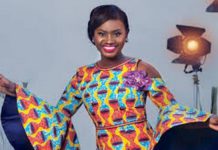 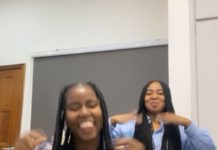