Diego Maradona’s autopsy has revealed that the Argentina legend had no alcohol or narcotic drugs in his body at the time of his death.

Maradona died at the age of 60 on Nov. 25, two weeks after being released from a hospital in Buenos Aires following brain surgery.

Earlier this month, a preliminary autopsy determined that Maradona died in his sleep of acute pulmonary edema, a build-up of fluid in the lungs, because of congestive heart failure.

The latest toxicological report detected no alcohol or illegal substances but the presence of psychotropic drugs used to treat anxiety and depression.

It also indicated that besides the heart and lungs, Maradona’s kidneys and liver were damaged.

The report also revealed that the heart of the 1986 World Cup winner weighed almost twice that of a normal heart.

Gianina Maradona, one of Maradona’s daughters, took to social media to comment on the autopsy result and said her father was not himself in the weeks before his death.

Tributes were paid to Diego Maradona around the world following the news of his death last month. Photo by Alessio Paduano/Anadolu Agency via Getty Images

She wrote on Twitter: “All the sons of b—— waiting for my dad’s autopsy to reveal drugs, marijuana and alcohol. I am not a doctor but I saw him very swollen. A robotic voice. It wasn’t his voice…”

Argentinian officials opened an investigation into Maradona’s death and police searched the home and office of one of Maradona’s doctors, taking away medical records as part of the investigation.

Maradona’s lawyer, Matias Morla, had requested a full investigation regarding the circumstances of the football legend’s death, criticising what he said was a slow response by emergency services.

However, the prosecutor’s office denied this and said the ambulance did not take more than half an hour as Morla said but 12 minutes.

Maradona had suffered a series of medical problems, some due to drugs and alcohol. He was reportedly near death in 2000 and 2004.

Leopoldo Luque, the doctor who performed the brain operation on Maradona last month, also claimed that the former Napoli and Barcelona star was a difficult patient and had kicked the doctor out of his house several times in the weeks before his death. 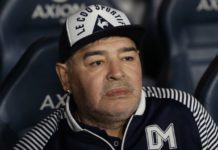 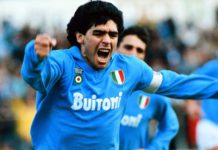