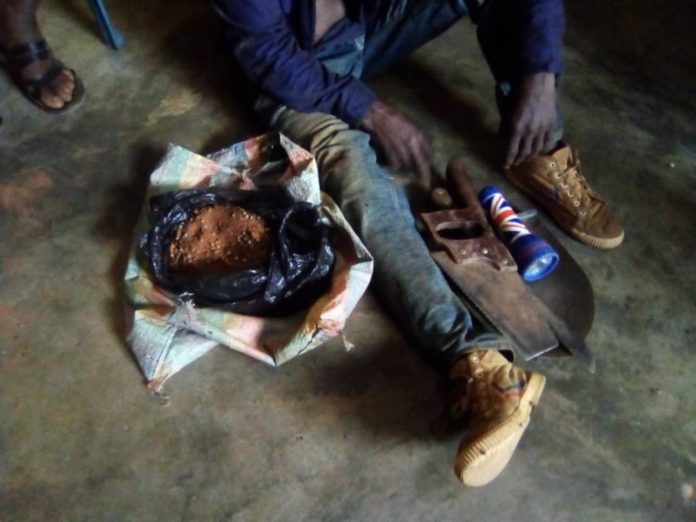 A 45-year-old man, Kojo Essel, has been apprehended by the residents of Ekumfi Gyankoma for allegedly exhuming a Queen mother’s corpse.

Mr Essel was nabbed after breaking into the graveyard with the purpose of stealing beads and other adornments the deceased leader was buried with.

Luck run on his side when a hunter on night duty saw him in the ‘Nananom’ forest.

The hunter is said to have raised an alarm which awoke the community and a search was launched to nab Mr Essel who was on the run.

He was apprehended and a sack containing sand, beads, and other items he retrieved from the skeletal remains were recovered.

During interrogation, he confessed he rebrands the stolen beads for Tasbih or Subha (Islamic prayer beads) for sale.

In an interview with Adom News, Regent of Ekumfi Gyankoma, Nana Kwame Donkoh, said investigation and purification need to be done before the suspect is handed over to the police.