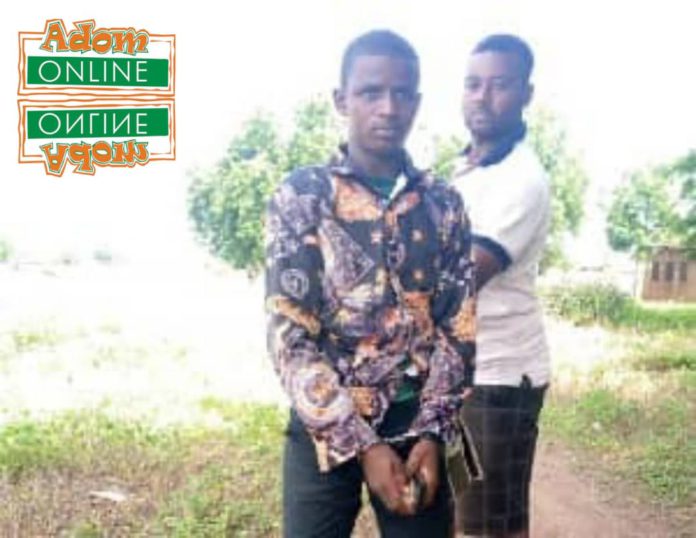 A 25-year-old herdsman, identified as Yahaya, is in the grips of the Damongo police for inflicting cutlass wounds on a 27-year-old farmer at Sumpini in the Savannah region.

Police reports indicate the incident occurred during a confrontation when the victim, Habib, caught two men with ladies having intimacy on his farmland.

Yahaya and his brother Mumin, who is currently on the run pulled out a cutlass and attacked the farmer when he confronted them over the abominable act.

Meanwhile, Yahaya is currently in police custody with Ibrahim Habib, receiving treatment at the Damongo hospital.

The Damongo police have also begun investigations as they prepare to arraign the suspect before court next week.